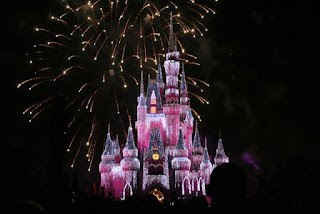 Posting from "the most magical place one earth"...Disney World. I am thankful that most favorite time of day (even on vacation) is in the early morning hours, everyone else tucked in bed, coffee in hand, seeking my Maker. I am most thankful that He chooses to speak to my heart, convict me of sin, reaffirm His love for me despite my selfishness through His Word which gives me direction. This morning, found myself in Jude. At the end of the book, verses 20 & 21, I am reminded to constantly check my heart, my faith, standing with God. Jude encourages me to "build up on the faith, pray being led by Holy Spirit, keep myself in the love of God." The song from childhood rings in my ears, "Beloved, let us love one another, for love is of God and everyone that loveth is born of God and knoweth God. He that loveth not, knoweth not God for God is love. Beloved, let us love one another. 1 John 4:7-8." I may not be like most, but I most often daily need reminding myself that God loves me even though I'm not worthy and do nothing to deserve it. If He can love me that much and even fills me with His power, I need also love others in response to His love for me first and His power in me gives me strength and will to love others. Last, Jude reminds me to "look for mercy." Just last week, God opened the truth about mercy in Proverbs 28:13, that if I confess and forsake my sins I am given mercy.
I am to do these things first. Then, after I've given myself a diagnostic check and repair, Jude teaches in verses 22 & 23, in regards to others, have "compassion with discernment." Perfect teaching, as I navigate Disney theme parks with a tired 4-year old. The engineer and I were just wrestling yesterday how to have empathy for the boisterous one who's exhausted but not lower the expectation of obedience and respect, allowing it to be okay to throw a temper tantrum. Ah, have compassion but "save with fear" (fear of derailment from the faith) "pulling them out of fire" (sin or path to hell) hating their sin but  by your word and actions, loving them. This verse perfectly reaffirmed our parenting game plan in dealing with these stressful parenting moments. I believe parenting is a call to discipleship, and this command in these verses is a warning to be heeded by the discipler, the parent. Thank you God for giving me direction in parenting through Your Word, even when I'm on vacation.
No comments: 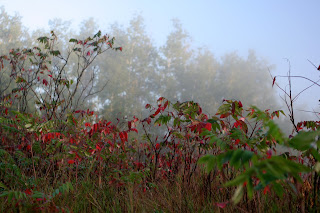 I can't express how much I appreciate people being willing to be transparent, real and willingness to take off the mask that hides hurts, struggles and pain.
Today, I will be quite transparent. Something that God's brought to my attention lately is how easily I am offended. A fabulous discipler from Billings, Fred Nelson, teaches that a sign of spiritual maturity is that you are not easily offended. Lately, this has been a big struggle for me, which is humbling, because you'd think at this point, I'd be getting at least a bit spiritually mature. In the past two weeks, I've caught myself get especially offended when the engineer points something out to me. He might be pointing out the fact that I'm in sin or he may be simply asking a question about how I do something, but my initial response is to get edgy, defend myself and think of a reason why it's really someone else's fault. For example, when he tells me that my tone of voice was rude to the waitress, it's not her fault the menu doesn't list something, immediately I feel personally attacked and blame him for attacking me. Not so graceful! This has probably gone on for years but by God's grace, I've noticed in recent weeks.
I was so thankful that God gave me a verse this week,


He who covers his sins will not prosper,
but whoever confesses and forsakes them will have mercy.
Proverbs 28:13

When I get defensive and blame someone else for my mistake or actions, I am covering my sin and will not prosper. That's not a direction I want to head in life. By confessing and choosing to turn away from that sin, I will be shown mercy by my Maker. Quite convicting truth to me and I'm praying that when I begin to feel offended, I will be prompted to repeat this verse, so to begin breaking free from this flesh habit.
I'm been thinking lately that this whole sanctification process is hard! And honestly, sometimes I'm sick of it and want to quit! Thankfully, God gives me grace to persevere! Now I understand why Paul quoted the psalmist in Romans 8:36, "For your sake, we are being put to death all day long. We were considered as sheep to be slaughtered." It wasn't until about a week ago, when I was wrestling with doing a crappy job as a wife that I finally understood the point Paul was making. Sanctification is a daily (hourly, minute by minutes sometimes) process of dying to my flesh and replacing the flesh with things of the Spirit. This revelation happened about the time Micah went to heaven and I truly rejoiced for him because praise Jesus, his sanctification is complete. He's done with that, perfect, mature and complete! Lately, Toby Mac's "Break Open the Sky" has been the cry of my heart!

Won't You turn off gravity so we can fly?

We wanna see Your faceSo tear the roof off this placeJesus, break open the sky

But until He chooses to call me home, I will, by God's grace, persevere in the process of being made holy. And pray that the next time I am offended, I will choose the wisdom of Proverbs 28:13 and expose my sin, confess it and repent of it and then be given mercy.
No comments: