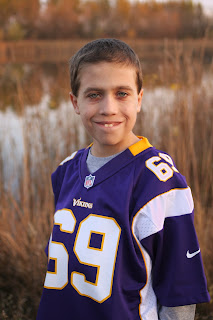 I've journaled repeatedly how pivotal choosing a life style of gratitude has been to me: choosing to thank God's for each gracious gift that brings joy. Reading Ann Voskamp's, One Thousand Gifts opened my eyes to this truth that is constantly revealed in scripture. In Luke, Jesus walks with Cleopas and another disciple on the road to Emmaus after the resurrection. These men walked with Jesus, were taught by Jesus, probably touched Jesus, they were with Jesus, but they didn't know it was Him until Jesus "took bread, blessed and broke it, and gave it to them. Then their eyes were opened and they knew Him," (Luke 24:30-31). Giving thanks opened their eyes to see Jesus.
Yesterday, we found out that quite soon our nephew Micah will go meet Jesus. How God made Micah is so amazing and wonderful, the doctors can't figure it out, so it's time for Jesus to restore Micah in heaven. It's a whirl of emotions, I can't imagine being the parent in this situation, it's heart-wrenching enough being the aunt and sister. But when despair gets too great, I have stopped myself to think...this is the hard eucharisteo, the hard thanksgiving, but I know it's there. Much for which to give thanks. I begin a mental list...pictures with Micah the night before he got really ill, his love for root beer, living in Minnesota now instead of being 12 hours away in Montana... Then I recall the passage in Luke. Giving thanks opened the disciples' eyes to see Jesus. When we ask why (just as the disciples were asking why Jesus had to be crucified), we can't see Jesus in the midst of our pain of losing Micah. When we list each of God's gifts, we see Jesus, our hope. I feel led to begin at one: 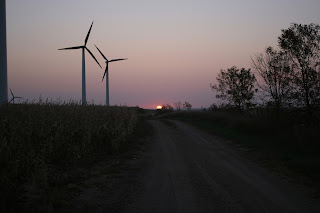 "I am adopted, I'm a special kid you see. I'm proud to be a member of God's royal family." I remember singing that song as a child and singing it at church when dad taught the children's sermon bringing in an orphaned baby calf... Adoption is truly a picture of what God does for us.
Four years ago, I watched my sister and her husband adopt little Abigail. I've watched many at our church in Billings, adopt internationally from Ethiopia. I've see the sacrifice made on the part of the adopting parents and how the adopted children receive all the rights of natural-born children.
However, reading in Hosea 2:23, "I will call those who were not My people, 'My people,' and her who was not beloved, 'beloved.'" In 1:10, "In the place where it was said to them, 'You are not My people,' instead they shall be called sons of the Living God." As I contrasted those words not My people with sons and beloved, and see that God says I will call, meaning He chooses to call, it totally struck me that God chose to adopt me. Just as my sister and brother-in-law chose to adopt Abigail, God chose me. I am awed by this. I don't have much to bring to the table. Don't get me wrong, I'm thankful that He would decide to call me beloved and daughter, but totally humbled!
As I further study the idea of Christ adopting us in the Word (I'm realizing how much I find, so this is by no means extensive) I began a little list contrasting life as adopted or not adopted. Paul teaches in Romans 8:15, that we are not given a spirit of slavery which leads to fear but a spirit of adoption as sons. As a daughter, I am not called to be fearful for John says in 1 John 4:18, "perfect love casts out fear." As a daughter, I am heir to God and His glory (Romans 8:17). And reading through John, I am surprised to find how much Jesus talked about sonship or adoption. In chapter 8:34-35, Jesus says the the "son abides forever in his father's house," but a slave to sin (not adopted) does not live forever. In John 10, Jesus gives us the word picture of a good shepherd. As His daughter, He's my good shepherd and He knows me (verse 14). Contrast that with not being adopted, where Satan is given the title of "hired hand" who doesn't care about his sheep (verse 13). As the parents of an adopted child really get to know that child and truly care about their precious child, so Jesus cares about His children! In John 11, upon Lazarus' death, I believe Jesus weeps because He cares that His children are hurting.

Look at the list, there's no doubt in my mind that adoption is a better way. The only way to life that never ends! But seeing this list convicts me and breaks my heart for those who haven't yet been adopted. May I live my life and love unbelievers so that they too may be adopted by the One who knows them.
No comments:

Pointing them to Jesus 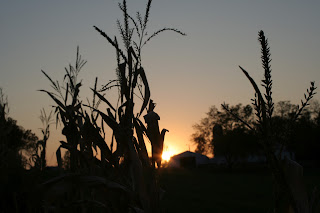 I was caught a bit off guard yesterday when a neighbor asked me for  parenting advice. Maybe she wasn't serious, but it got me thinking, maybe people are watching me parent. I sure hope I am pointing them toward Jesus. Which is one of the many gifts I was thanking Jesus for yesterday.

As it happens in any home (at least I hope this is normal), sometime my golden heads wake up crabby, bickering, complaining, blaming...ugly! What's I've come to realize in the past six months is that it's not just a fact of life. It's a spiritual battle. They wake and Satan already has a foothold on their little lives. Imagine how the bulk of the day is going to go when Satan has squelched part of the Holy Spirit out of you. How do I redirect them when we start out this way? The same way I redirect myself: at the feet of Jesus.
This is sometime a tricky part, but I try persevere without being annoying. Sometimes, they are open to reading their devotional book. Sometimes, we start singing a song that pops into my head. Yesterday, I asked the boisterous one to sing her sisters, "The Butterfly Song" that we learned in preschool. At first the sisters resisted, but before too long, everyone was singing and SMILING. Sometimes all we need to get our eyes off self and on Christ. Praise be to God for His wonderful gift!
No comments: